Twitter has been rolling out a ton of updates this year that impact both users and business owners using Twitter for marketing.

While these changes haven’t been loudly echoed throughout the small business marketing community, we’ve rounded up the ones you need to know and are here to explain exactly how these updates will impact your business.

By the end of this read, you’ll have the tools to handle the biggest 2021 Twitter updates like a pro because we’re sharing:

Whether you’re new to Twitter marketing or a seasoned pro, you’ll leave this post with the confidence you need to reorganize your social media marketing plan around these changes.

Twitter can be a huge asset to your marketing strategy because it helps you connect quickly with your target audience. Twitter only allows 280 characters in Tweets currently, so this gets your readers to the most important points quickly.

Not only that, but with 186 million daily active users, Twitter has an audience size that you won’t want to miss. Odds are, your target customers are scrolling on there as we speak!

And in terms of ROI, 40% of Twitter users have purchased a product after seeing it on Twitter. This proves the platform is effective in reaching your audience and converting them into meaningful leads.

8 Twitter updates and what they mean for your business

Okay, so you know Twitter is a social media marketing must, but how can you stand out from all the competition in such a saturated space? Use these eight Twitter updates to give your strategy a 2021 makeover!

In January, Twitter announced that users can now share Tweets that include playable audio files. The Voice Tweet feature allows for up to two minutes and twenty seconds of recorded audio that users can listen to right from their feed. People like audio content (take the popularity of podcasts, for example), and this Twitter update brings audio content to the feed, which might be useful and appealing for users.

Your business might want to try this new Twitter feature—especially because 42% of consumers state that audio is more likely to capture their attention than ads seen elsewhere. On top of getting your audience’s attention, 57% of people agree that audio is more engaging than other forms of content. The best part is that you can easily create a Voice Tweet in the same Tweet creation portal you’re probably already familiar with!

In February, Twitter released a feature to protect both your audience members as well as your business from sharing untrustworthy, inaccurate, or misleading information. This update is called Nudges. Nudges encourage people to stop and think before Retweeting a Tweet that contains a link to an article by prompting them to read the article first.

Essentially, Twitter wants to limit the chances of someone resharing an article before they actually read it. For example, when you’re Tweeting about your recent blog post, you’ll now have the peace of mind that those who Retweet it have truly read it—or at least have the push to be more credible.

In May 2021, Twitter announced the launch of Twitter Spaces–a new feature competitive with Clubhouse. Spaces allows users to host or join live audio conversations directly in the platform. Think of these broadcasts as audio versions of an Instagram Live story.

For context, industry experts believe that Twitter released this update due to their recent acquisition of the podcast app Breaker. We already know audio is on the rise, and with competitors like Clubhouse creeping into the social media game, Twitter wanted to keep up.

This hugely benefits small businesses as you can use this to initiate conversations with your audience, make announcements, or create hype around your product or service. You can host a Space for your audience members to join and listen in on the latest and greatest from your company.

This long-awaited Twitter update isn’t necessarily new but is making a comeback as of May 2021. Like Instagram’s blue checkmark, Twitter previously allowed the same badge of honor for approved, verified accounts. However, account verification took a hiatus while Twitter reevaluated its policies and criteria.

This is great news for businesses looking to market on Twitter because, for the first time since 2017, they’ll once again be able to apply for verification—should they feel they meet the new, less restrictive criteria. This will add a sense of credibility, and verified accounts have an average 30% higher engagement rate than non-verified accounts.

In February, Twitter announced that it will give active accounts with 10k+ followers the option to allow for paid super-followers. Think of this as the Twitter version of Patreon and other similar subscription-based platforms. Should your business’s social presence on Twitter meet the requirements, this could be a stellar way to drive revenue and build a community on Twitter.

It works by allowing your new or current followers to pay to be “super-followers” where you’ll be able to charge them for exclusive content. You’re basically charging your followers a fee for an “all-access pass” to extra materials like bonus Tweets, community groups, or newsletter subscriptions.

Not only can this bring in some extra cash for your business, but it also gives those additional content components a bit more clout. Then, inherently, the engagement and traffic will follow.

RELATED: Get tips on how to get more followers on Twitter.

If you’re not already advertising on Twitter, then you might want to try it as their ad format options now include carousel ads.

This Twitter update is great for businesses advertising on Twitter because, when they were in testing, carousel ads brought in a 15% increase in click-through rate. On top of this, the beauty of carousel ads is you’ll get to display multiple images within one ad. So if you have a longer image that didn’t previously meet size requirements, or if you have multiple products or services to display, this ad format can flex to your business’s needs.

Twitter also updated its video ad campaign objectives.  Twitter announced its advertising algorithm will slightly change how it serves your video ad to shoot for as many meaningful views as possible (15-seconds or more).

This pushes businesses to keep their video ads short and sweet, as 58% of consumers will only watch a business-related video if it’s less than 60 seconds. And 47% of the value of a video is perceived within the first three seconds.

This follows suit with other advertising giants. Facebook encourages businesses to keep their videos under 15 seconds, and Google only allows non-skippable video ads if they’re under 15 seconds.

Twitter is testing Twitter Blue, its first-ever subscription service that is already fully rolled out in Australia and Canada.

With Twitter Blue, Twitter users pay a recurring subscription fee for more features, like set up perks, bookmark folders, and undoing Tweets. This could be a viable option for small businesses looking to step up their Twitter game since it’s currently only costing Canada users $3.49 CAD per month, and $4.49 AUD per month in Australia.

If Twitter is a fit for your business, these updates can help you stay ahead of the curve and stand out from the competition. By testing out these Twitter updates and new features, you can maximize your engagement on this channel and build an audience that helps you increase awareness for your business and drives traffic to your website. We’ll be keeping up with the latest updates and trends for you on our own Twitter! See you there! 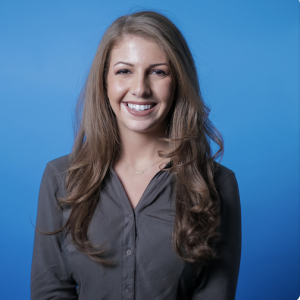 Susie is a content marketing specialist at Gannett, where she uses her experience as a PPC consultant to share tips, tactics, and best practices for LOCALiQ and WordStream. Outside of work, Susie loves to get outside for some snowboarding or (once the cold weather melts away) hiking!

Other posts by Susie Marino

Every great partnership starts with that first email, phone call, or meeting. So what are you waiting for? Simplified local marketing is just a hop, skip and a click away.